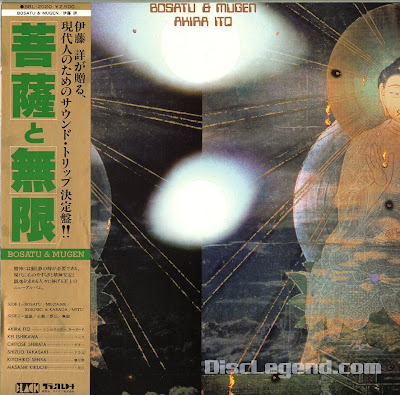 Akira Ito - Bosatu & Mugen
Akira Ito was a member of the Far East Family Band, a Japanese space rock band from the 70's that worked with Klaus Schulze. This 1979 solo record by Ito combines the holy new age feel of Popul Vuh with the somewhat groovy approach of mid-career Pink Floyd and a healthy dollop of spacey-synth, nature sounds, and traditional instruments. It's great.
Last November the esteemed music scholar known simply as Tarwater pulled out this gem for our listening pleasure while my wife and I visited his apartment on Flatbush Avenue in Brooklyn. Indeed a rare record, Tarwater's roommate was fortunate to come across it while in Japan. Upon hearing Ito's transcendental explorations in space rock, yet finding almost no mention of the record on the world wide web, Tarwater longed for a day when this fine piece of wax could be shared with the digital world.
Fast forward 5 months to an April Fool's mixtape bonanza held outside of Olympia which featured sonic and culinary contributions by Zade, Gianni Bocce, ShawnZam, Taffy B, and of course Tarwater. Lacking resources to digitize the Ito masterpiece himself, Tarwater brought the vinyl to the sessions so I could help to realize his dream of giving it to the people. Fast forward another 5 months for lack of a decent photo (which I forgot to take at the time) as well as just not getting around to it, and today you can finally enjoy the revelation that is Bosatu & Mugen!
Note: The rip may not be the best possible quality but it sounds pretty alright I think (AIFF available upon request). Also there are several different tracks listed on each side, but the times didn't seem to match up with natural breaks in the songs, and each side is pretty much an extended jam, so I left them as 2 tracks. Here's a photo with track names - funny one side is English and the other in Japanese characters. 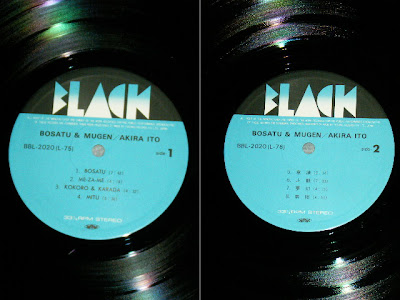 Check out their latest recording on their Bandcamp site:

Debacle Fest was rad, as are their new releases

Had an awesome time dj'ing and catching some great bands at the Debacle Fest this past weekend. Thanks so much to Jason of Gift Tapes and Sam at Debacle Records for inviting me to DJ!

Here are a few faves from the new releases, all of which can be streamed on the Debacle Records Bandcamp page.

Hanging out at Hollow Earth Radio in Seattle a few blocks from my house these days. A complete DIY online radio collective with great people and a great mission, and I'm stoked to be volunteering there!

Check out a recent blog post I did for HER for the upcoming Debacle Fest this weekend, that I'm also dj'ing at Saturday night! 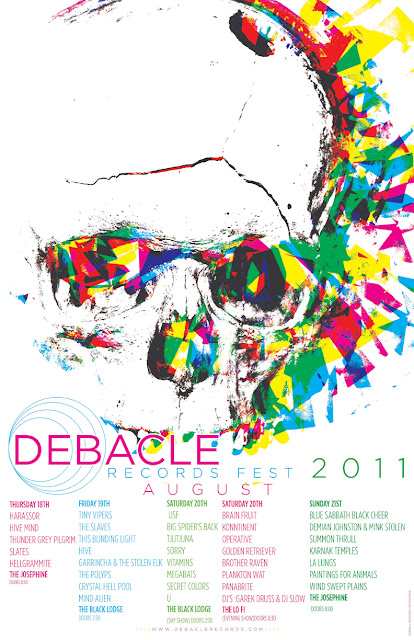 Cloudland Canyon - You & I 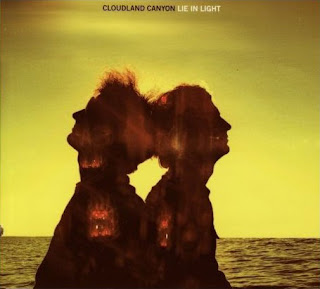 Links to this post
Labels: Cloudland Canyon, Lie in Light, You and I
Newer Posts Older Posts Home
Subscribe to: Posts (Atom)