Per recommendation of Lonely Planet, visited Kohinoor record store in Johannesburg yesterday, where vinyl is only sold 10 for R100 (approx $13.70). After finding a Michael Henderson record, The soundtrack to Risky Business, and 2nu's Ponderous, all that was left was to blindly (deaf-ly?) pick the best-looking late-80's/early 90's African records there, plus one Hues Corporation album. Most records were sealed, so at these prices, why not?

Upon returning to our guest house and researching the new unknown gems, I found them all on the Afro-Synth blog, the premier site for South African bubblegum/disco vibes from the 80s & early 90s(!).

Here's a list of my African finds, as yet unheard....

RONALD CHAUKE and the TSONGA KIDS - Jaha Bomba No.2


And if these gems were't shiny enough, Afro-Synth blesses us with WA'DE! 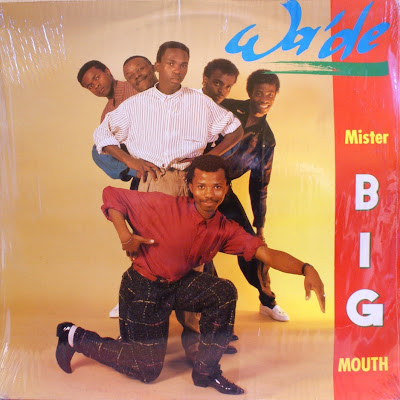